Gerritsen van Groningen was founded in 1969 by Mr. Piet Gerritsen and Mr. Chris van Groningen. They became friends at their former employer Schurink in Gaanderen. After it became known that the factory would be closed down, the gentlemen came to the idea of continuing the work under their own management. Piet took care of the business relations and Chris took care of the technical aspect. The core activity at the time was the manual forcing of lampshades.

Starting in a rented building of Tijken at the Kerkstraat (Gaanderen), we soon outgrew our premises and the activities were continued in the barn where Mr. Van Groningen lived. Our mission originated in the early years of Gerritsen van Groningen: to produce quality products by specialists with an eye for a competitive price. With the core values of our roots and pride, namely Achterhoek trust.

That 'shed' became too small after a few years and they had to look for business premises, with which Mr. Gerritsen and Mr. van Groningen could look back on a successful start of their company. With the company Pelgrim as a new customer, well known in Gaanderen at that time for its gas cookers, we could grow steadily. Gaanderen was exchanged for neighbouring Terborg. Gerritsen van Groningen first settled at the Akkerstraat, then at the Westerbroekstraat and from 17 October 1987 at the Akkermansbeekweg 23-25 where we operate from today.

Since 2006, the second generation of Van Groningen is in charge of the daily business. Mr Gerritsen left the company at that time and took a well-deserved retirement. Today, the third generation of the Van Groningen family has joined the company to eventually pass the baton and ensure the continuity of the Gerritsen van Groningen family business. The vision of Jurgen van Groningen (present director): together with other employees, is to realise products with the highest possible quality by continuously investing.

Today, unfortunately, we no longer have our co-founder Chris van Groningen with us. He remained involved in the ins and outs of his life's work until the very last (18-02-2010). We remember him as a humorous, hardworking and no-nonsense director. 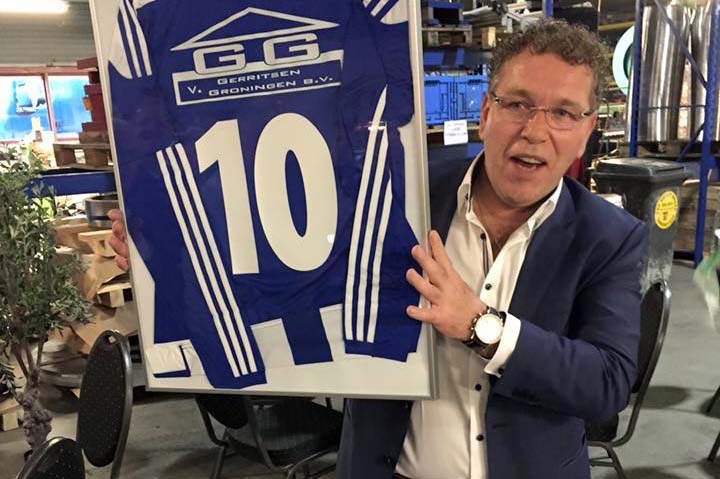 If you have any questions, please do not hesitate to contact us!Contact us directly